Its addition to the Union in 1845 sparked the Mexican American war that followed in 1846, solidifying its need for annexation and opening the western gates for good. Texas often referred to as The Lone Star State, is also the largest state in the contiguous United States, Alaska is the only state to beat it in actual landmass. It’s also second to California as the most populous state, home to three of the top ten largest cities in the nation.

Of all the carport styles offered here at Get Carports, our regular style metal carports are the most standard and economical. They are also the most affordable due to their simple infrastructure. But despite what most customers may think about these simple rooflines, they are as sturdy and reliable as the other roof styles available in the metal building industry.

Due to their box-like design, our A-frame horizontal roof carports are often referred to as boxed eave carports as well. As a slight upgrade from regular carports, this particular design is made to fulfill a variety of purposes without compromising the structural integrity of your unit.

Of the various carport styles offered here at Get Carports, our vertical roof metal carports are the most durable, reliable, and cost-effective. Whether you’re looking for a new storage unit for your home or an outdoor area for your office building, these steel carports can do it all for years to come.

Due to its large landmass, each section of the state is covered in a variety of land types. The northern and southern parts of the state are covered in grasslands, prairies, forests, and coastline, with the eastern and western sections inhabiting swamps, woods, rugged hills, rolling plains, and deserts.

Out of the 50 states, Texas maintains the title for having the most farms and highest acreage. It also leads the other states in livestock production, cattle being known as their most valuable agricultural product, goats, and sheet coming in at a close second. Cotton, cereal crops, and produce are also part of Texas’ agricultural specialties. With such a large number of agricultural products, it’s important for farmers to protect their animals, equipment, and other farming necessities from varying weather conditions. With a Texas steel carport, keeping these belongings safe and secure has become much easier.

The Lone Star State is also home to fifteen of the nation’s major rivers, 3,700 named streams, and a vast portion of coastline which is located on the Gulf of Mexico. Due to these waterways, Texas has an immense fishing industry that when combined with other resources, creates a gross state product of more than $1.2 trillion dollars annually.

Beginning with Nikki in the Direct Sales Dept. to the crew who arrived at the crack of dawn to get the job done...Thank you for the excellent service. Very impressed with the professionalism and expertise of everyone we dealt with in this company....

The crew arrived to put up the new carport. We purchased a single carport for us to sit under in the summer. It was put up in about 45 minutes. I had not noticed the area was not that level. The guys leveled it and anchored it down. It looks great...

These Guys knew whats up, they were an excellent crew, they treated my property, home, neighbors, and metal building with respect and care. Group leader was named Junior, they were very friendly and knew English fairly well. I am extremely satisfi...

Are you a proud DIYer? Do you have experience in construction? You may be interested in our premium TX carport kits! These Texas metal building kits are a fantastic way to prove your handyman skills while saving a little money in the process. These kits come with everything you'd find in our standard steel buildings, except you install it yourself! We offer discounts for foregoing professional installation, and you get to take pride in completing your carport or metal building yourself.

These metal carport kits are just as sturdy, durable, and reliable as the standard metal carports we have for sale and a great way of avoiding the hassle of scheduling installation. You can now complete your building on your own time! If you possess that do-it-yourself spirit and want to put your abilities to the test, there's no better way than by purchasing one of our steel building kits. Don't delay! Metal building prices are on the rise! Locking in your new metal building now will save you time, money, and headaches!

This massive landscape and variety of industries create a great need for a reliable source of shelter. With a Texas steel carport, you can have the perfect storage unit for your animals, feed, agricultural produce, and manufacturing supplies. You can also utilize these metal structures to store your manufacturing and farming equipment, vehicles, watercraft, and other valuable pieces of property. These easily accessible shelters have been specifically designed to fulfill a variety of personal, residential, and agricultural needs, no matter what they may be.

Because of its massive landscape, the weather conditions in Texas vary greatly from one area to the next. In the northern region, the area is often referred to as Tornado Alley, enduring excessive amounts of rainfall and natural destruction annually. The south falls victim to hurricanes which can cause an equal amount of natural devastation. With a metal carport in Texas, you can rest assured knowing your property will be safe and secure from these harsh weather conditions year-round. Built with the longest-lasting, most durable framing components, Texas carports are a far superior storage option when compared to their wooden counterparts.

As one of the most economically diverse states in the nation, there are a variety of useful ways to take advantage of a durable steel carport in Texas. Not only do they provide protection and security for all your goods, but they will provide you with peace of mind for years to come. Though we have a large collection of standard steel carports available for purchase, you can also use our online 3D Building Estimator to design and customize one of your own. If you would like to know more about these versatile steel buildings, you can contact our sales team today at (800) 691-5221 to speak with a knowledgeable building specialist. You can also visit our website or find us on Facebook.

Areas We Serve in Texas

Design & Plan the building you need 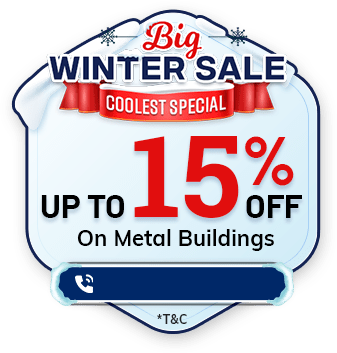 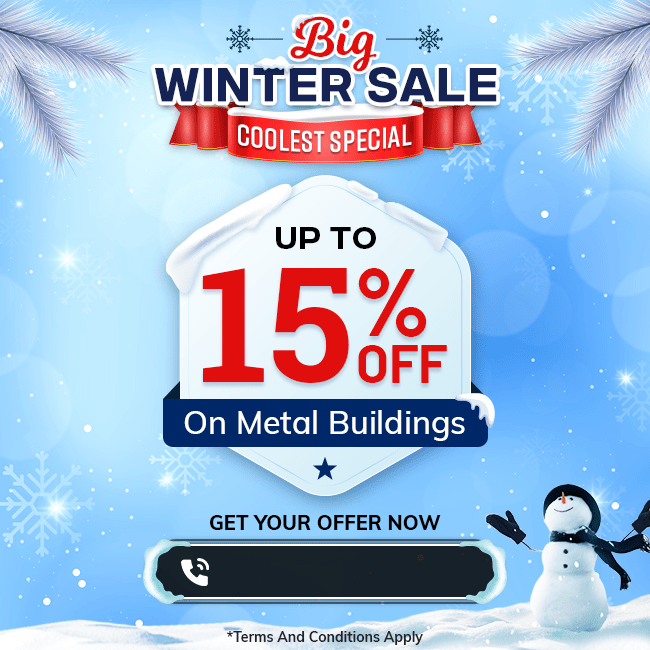